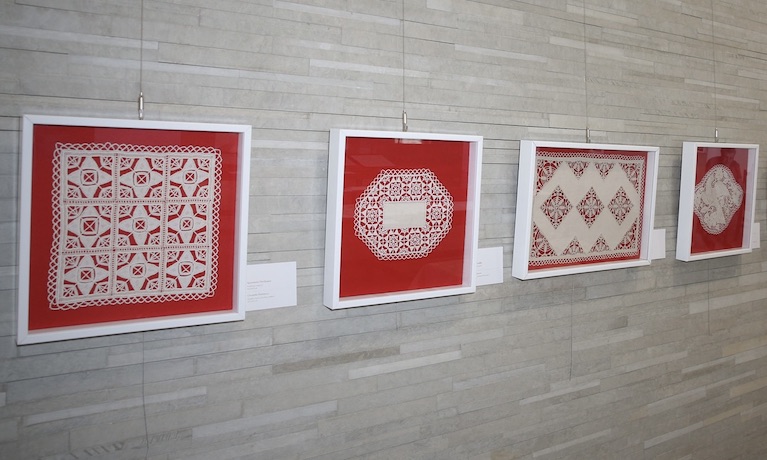 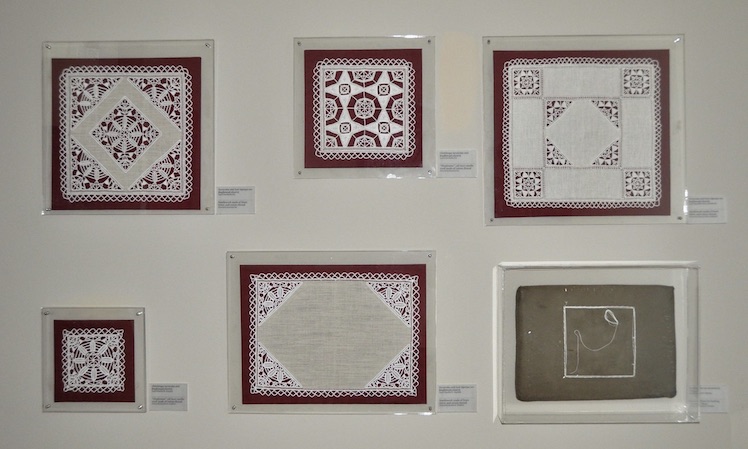 Athienou has its own special handmade lace techniques known as ‘Venis’ lace (or ‘Pittotes’) and Athienou Lace (known as ‘Oloplouma’).

These differ from Lefkara lace linens (known as 'Lefkaritika') and are made exclusively in Athienou. The lace craft has been recognised as part of the village’s unique heritage and added to the UNESCO National Intangible Cultural Heritage List.

The Venis embroidery needle lace from Athienou is hand-embroidered using cotton threads on a special pillow which acts as a base.

Unlike Lefkaratika which have 10 set designs, Athienou lace is created in freestyle motifs (following no particular pattern) with geometric patterns - square, triangular and circular - that are given characteristic names depending on the resulting designs.

A characteristic lace design made only in Athienou was the freestyle lace-work made on the special working pillow without using any fabric but simply based on the lace-maker’s inspiration. The motifs in geometrical forms are known as 'Pittes' and were made from memory. The non-geometrical lacework is known as 'Oloploumes' (full of embellishments) is fully embroidered lace made on a special pillow.

At the beginning of the 20th century, an increasing number of women started lace-making in Athienou, depending on the demand by the Lefkara lace-merchants and later on by the Athienou merchants. Whilst the tradition prevails today, it is on a more limited scale, whilst the skilled craft is taught at a centre in the community and can also be viewed at the Kallinikeio Municipal Museum of Athienou.