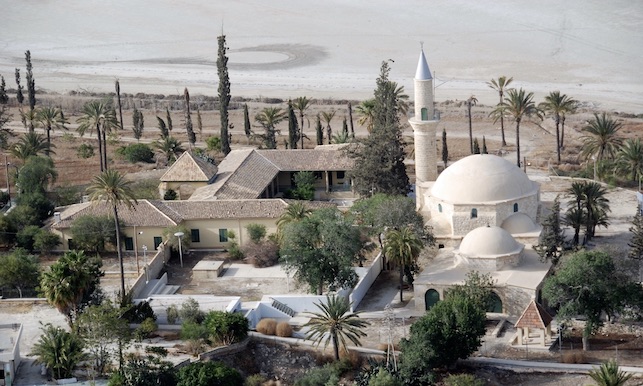 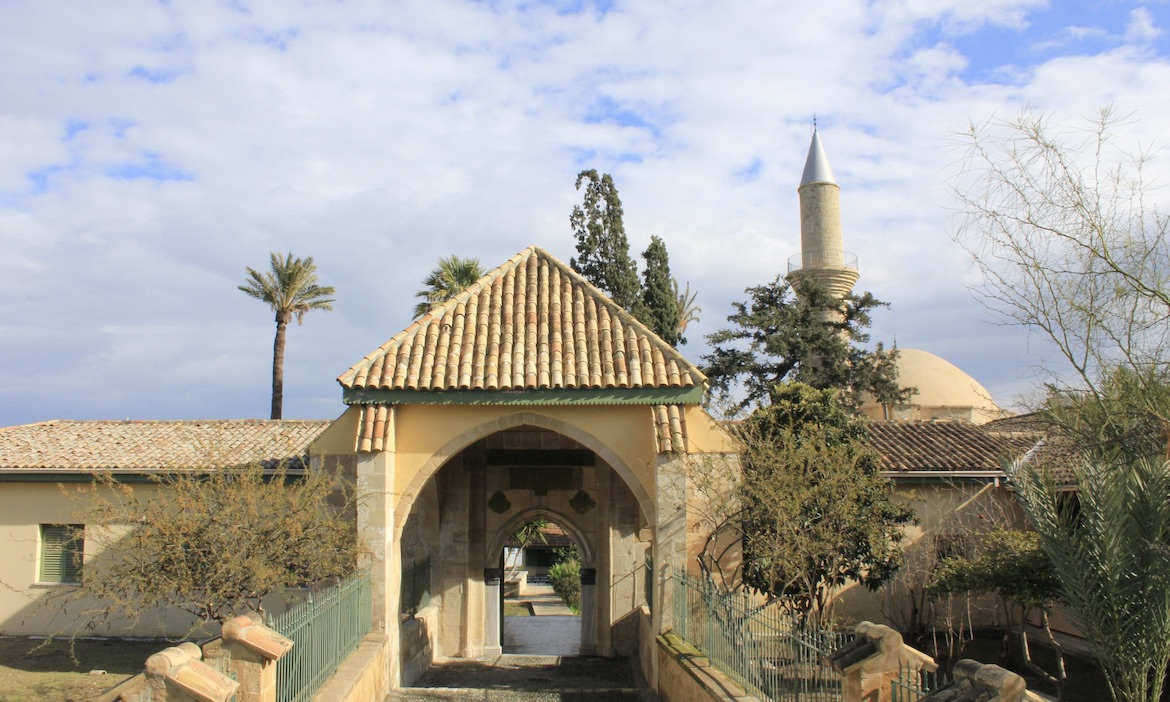 This historic mosque is located 3km west of Larnaka on the road to Kiti, on the main Salt Lake.

After the Arab armies successfully landed in Larnaka in 648AD, the Holy Helper and aunt of Mohamed - Umm Haram - died at the site when she fell off her mule. Grand Khalif Moavia, who was taking part in the expedition, immediately ordered the construction of a mosque on the spot.

The mosque was first renovated in 1816, and most recently in 2002 by UNOPS, when archaeological excavations also revealed that the site has been inhabited since Neolithic times, with some archaeologists believing that the tomb is a monumental monolithic tomb of the prehistoric period.

Today, the mosque is the main Moslem pilgrimage site of Cyprus, and stands as one of the most important holy places of worship for Moslems, ranked immediately after Mecca, Medina in Saudi Arabia and Al Aksha in Jerusalem.